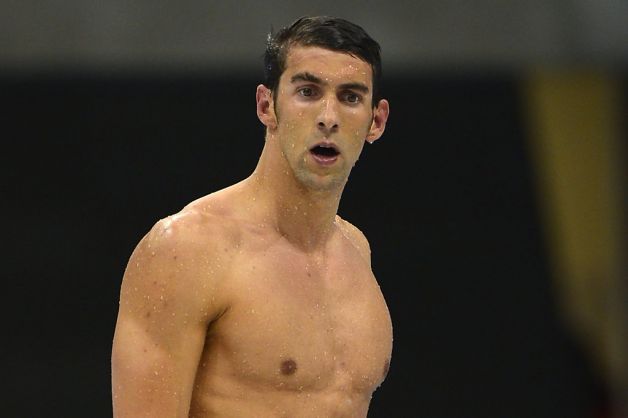 He’s not that human fish we once knew, that invigorated Aquaman we were enamored with, in a sense, exhausted and apathetic, no longer a threat to opposing swimmers or even his teammate, Ryan Lochte. Michael Phelps, a 14-time Olympic gold medalist, aims for a 15th gold medal at these Olympics. And as one of the more popular American athletes, he has always been the face of USA Swimming, adored because of his sensational world records and journey four years ago in Beijing.

For those of us who’ve observed Phelps closely in Athens and Beijing, he was supposed to win seven medals in London — not zero, not one, not two, not three, but we strongly felt he’d leave England with all seven, brainwashed to postulate that he’d elevate his ultimate legacy after the folks in the United States were used to him stockpiling medals. An era for the all-time greatest medal winner in Olympic history, no matter how many times he stood on the podium to receive gold medals as our national anthem played, is surely coming to an absolute end.

This isn’t a matter of whether he’s unbeatable in the water against swimmers from other countries, along with countryman Lochte and the rest of the US team diving in to make a sudden splash, not intimidated and not afraid to compete and challenge Phelps to an exhausting and mind-numbing swim. This is a matter of him declining in the darkening stages of his magnificent career, plunging into the deep end of an Olympic-sized pool. The United States has a new athlete to root for, and maybe even the best world-class athlete.

Years ago, Lochte had no shot at beating Phelps, but now he’s a threat as his teammate Phelps is just as vulnerable. While Lochte knew what was at stake, pushing through water and looking stronger for four minutes, Phelps seemed disengaged and uninspired as if he wasn’t ready to swim. He was basically a no show for the night, which Lochte gave Americans a dramatic finish and left one of the greatest Olympians in defeat and shock. The victory for Lochte, without a doubt, cemented his claim to be one of the world’s greatest swimmers and move into the company of legendary athletes. Much has changed for Phelps. If he cannot beat Lochte, then what makes a person think he’s going to defeat him when they meet in a rematch for the 200-meter individual medley next Thursday?

This could be an upstart to Lochte’s rise after making a splash for an Olympic gold medal, which happened because of his turns off the wall and strength to float his way through water. Aside from his achievement, Phelps narrowly qualified eighth in the morning preliminaries. Now he won’t feature on Wheaties boxes, the official cereal of champions, and he won’t appear on Sports Illustrated either, to relive four years ago when he was on the front cover with his 14 gold medals around him. But it’s a different time now, a moment for Lochte to show the world he’s as good as Phelps.

What rivalry are we talking about, again?

It wasn’t even close to a rivalry, although Phelps vs. Lochte wasn’t ever a rivalry when they both share a uniform, and instead was more like a disaster Saturday night at the Olympic Aquatics Centre. There’s no better time, with the fiascoes that Phelps has experienced lately in swimming events, than now to swim home and take off his Speedos, owning more medals than any Olympian. He won’t give up so easy, and even though he seems lethargic and lazy in these games, he’s trained and worked out harder each day to stay in fit and good condition. But it’s not all that healthy for a man to notoriously eat a 12,000 calorie-a-day diet while he has preparations and trains, if true. It’s not easy to painfully watch the greatest US men’s swimmer of all-time suffer a beating, no fun at all.

Unfortunately, he has reached that point in his career, a moment when he is fading out of the equation at the summer games, for which it is someone else’s moment to dazzle in the pool. The king of H2O is our very own Lochte and he finally made it clear to the nation, if not the entire world that he’s the guy to be reckoned with after swimming an event that requires toughness and painstaking training, for which swimmers train and master the art of the butterfly, backstroke, breaststroke and freestyle. That’s a lot to handle in one swimming match. Lochte now dominates the sport Phelps once owned, and everyone climbs out of the pool to make way for Lochte. It was not a triumphant moment as Phelps wasn’t ever close to standing a chance against his supposed rival, and climbed out of the chlorinated water startled. It’s the first time, after placing fourth in the men’s 400-meter individual medley, that he dropped his head with hands placed on his hips. Lochte versus Phelps was a stunning beat down, an epic blowout, and a major disappointment.

The first two laps up and down the pool, he was still in the race trailing Lochte by less than a second, and then he began to sink quite like a rubber ducky in a bathtub. The rout came from the instant both men hit the backstroke, and a well-anticipated duel between Phelps and Lochte wasn’t a classic but a race spectators and viewers can forget about as it might have been Phelps’ poorest performance. Where he ran into trouble was on a pair of breaststroke laps, and from then on out, Lochte gained complete control of what had been a tight, tense race. After all of that, Phelps finished fourth. The Brazilian swimmer, Thiago Pereira claimed silver. And then behind him was Kosuke Hagino of Japan winning bronze. Lochte kicked his butt and everybody else’s as well, and strolled onto the pool deck with a huge smile, waving to his family and throwing flowers in the stands. Oddly enough, Phelps followed, while dazed and baffled, passing by Lochte without congratulating his opponent and appeared to be very disgusted with himself for such a humiliating race. 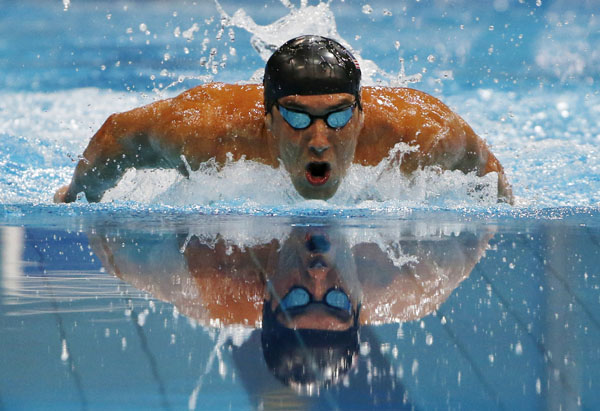 These days Phelps is drowning, and he couldn’t finish the greatest swim ever, falling way behind even before the victory lap. These days Lochte performs a double flip, and it made a splash. And so, on to specifics, Phelps looked like an unsuccessful Olympian and not a 14-time gold medal winner. When it was over, surprisingly and amazingly, he looked like a washed up Brett Favre or Brock Lesnar, who were sent into retirement. Still, despite the upsetting loss, Phelps is favored to grind it out in the upcoming swim events. Four years ago, he owned the 2008 Summer Olympics in Beijing, bringing home a historic eight gold medals.

But now he doesn’t own these Olympics, particularly not in the 400-meter individual medley, finishing four seconds slower than Lochte to stun the crowd and miss out on the silver and bronze. What we can take from these struggles is that he can’t race as fast nor will his body allow him to take on fatiguing swim events. This is a new reality, though Phelps’ place in swimming history ranks up there. Keep in mind, he’s the holder for the most overall Olympic medals won by any male athlete ever. With 14 gold, he has 16 overall and could surpass female gymnast Larysa Latynina of the former Soviet Union, winner of 18 medals, if he can earn at least two.

There is much belief he will shatter Latynina’s record, but what’s not certain is whether he can defeat and compete against his rival Lochte, who remarkably got the best of him on the opening day at the Olympics and surprised the world.

In short, Phelps is not the king of H2O. It’s now Lochte who owns the throne.